Response to the Nike Pro Combat uniforms has been mixed to say the least. Reactions have varied on the uniforms; you'll hear responses like  "Whoa look at those things they are sicckkkk to the max. We're gonna look so awesome!" to "What are these things? Who are these people? What year am I in? In my day we wore leatherbacks and striped shirts and everyone agreed they looked as stylish as Clark Gable!"

The Stanford Cardinal are next on the docket, and they debuted the uniforms they will wear Thanksgiving weekend against the Notre Dame Fighting Irish. I expect reaction to be somewhat mixed to the neo-Gothic look Nike turned out for Phil Knight's favorite business school. We might as well dub them the "True Blood" uniforms.

Photos after the jump. You can view the whole line of Stanford photos at Nike Football's Facebook album. 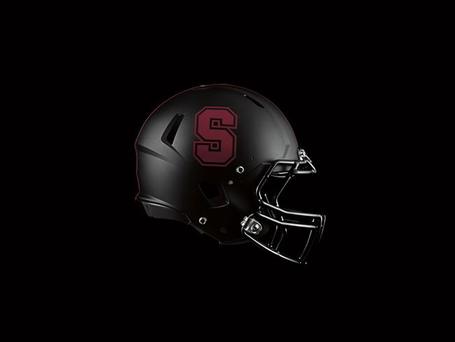 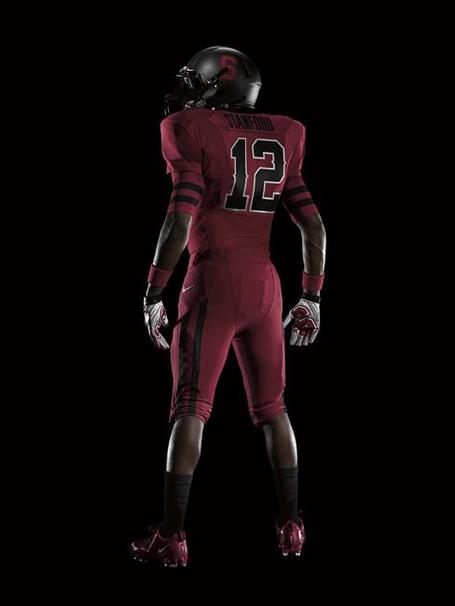 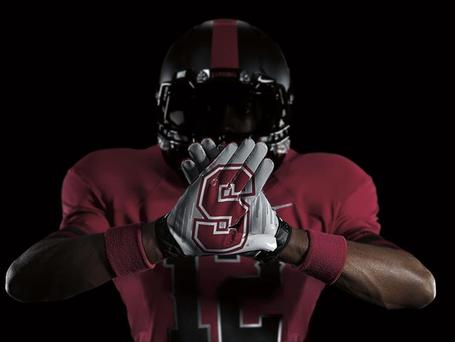 These aren't the worst uniforms you'll ever see, but in terms of what Nike has produced for all the schools, it'll probably generate a giant "meh". The blood-red look doesn't really match well with the black helmets; it's as if the Nike producers were thinking new-age Chicago Bulls the whole way through. This seems about as ill-advised as the black jersey look the Cardinal pushed last year against Wake Forest--red and white seem to fit the Cardinal quite well, no need to go all vampire.

Still, I imagine Stanford fans will be happy with the pomp and circumstance that the swoosh has put out for them. And recruits will love it, which means of course there will be more of these in the future. So forward we go!

For more on Stanford football, head to Rule of Tree.