Spike Lee openly campaigned for LeBron James to come to New York to play for his beloved Knicks. He rooted for the Boston Celtics to knock out the Cleveland Cavaliers, thinking that would increase LeBron's chances of suiting up in knickerbocker blue and orange at Madison Square Garden. And like many other New Yorkers, he got spurned.

So Lee has turned to his own number six: rookie and now starting forward for New York, Stanford's own Landry Fields . Fields has been a VERY pleasant surprise for the Knicks, and could very well be the steal of the draft.

After the jump, check out the visual proof!

This was during the first of two national telecasts, this one a close loss to the Boston Celtics. 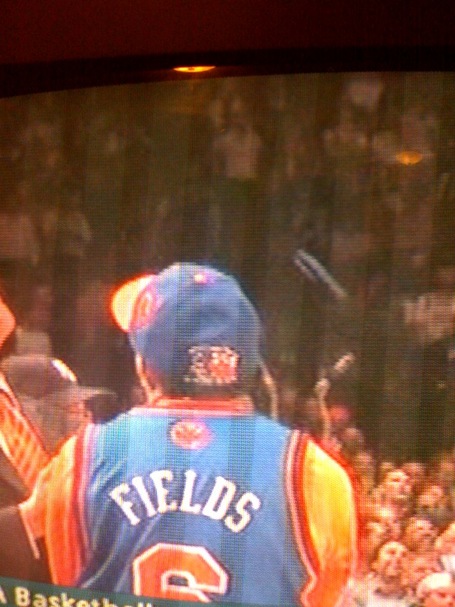 And not content to do it against just the Celtics, Lee flashed it against LeBron and the Heat too. Clearly Lee has taken a liking to the Stanford grad. 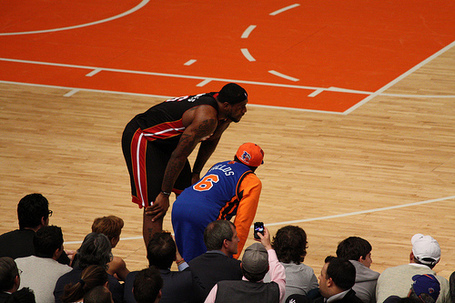 Did Fields showed off his repertoire against the best of the East? Well...

Not terrible numbers against the big boys. I guess it hard for Fields to do much against Ray Allen/Paul Pierce and Dwayne Wade/James. When Fields had to defend LeBron one-on-one for a brief period in the third quarter, James spun right past him for a layup and then knocked down a fadeaway J effortlessly (check it out at the video below at 3:35). Future meet present.

But Fields should keep on growing, and Lee will keep on showing the love.