Jim Harbaugh Loves Andrew Luck As Much As His Wife

Share All sharing options for: Jim Harbaugh Loves Andrew Luck As Much As His Wife

Jim Harbaugh is on a roll these days. The Cardinal have a good shot at a BCS at-large bid, which if the Oregon Ducks run the table and end up in the National Championship, could have them smelling Roses in Pasadena. And he has to thank his quarterback, Heisman-contender Andrew Luck, for those possibilties.

But does he deserve as much praise as his significant other? Apparently, yes. Ted Miller's ESPN Pac-10 blog has more (HT Redonkulous Bear).

"I was thinking just the other night that two people in my life, my wife and our quarterback, Andrew Luck, have a lot in common in that they're just both perfect. With most people you say, 'If they only didn't do that. Or they didn't do this.' Or you wish they could do this, or you wish they could do that. But I don't do that with my wife Sarah or Andrew Luck. They are just absolutely perfect the way they are. For football coach that's pretty great -- to have a great wife and a great quarterback."

So true. I'm sure Jeff Tedford keeps a portrait of Aaron Rodgers next to his nightlight before slumbering, especially after having to deal with his rotating mess at quarterback for the past five years.

We'll let you judge who Jim Harbaugh should love more. 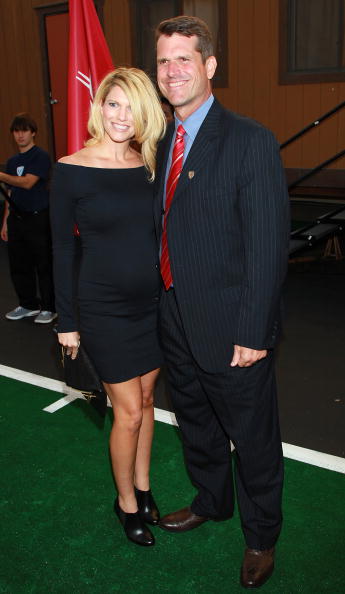 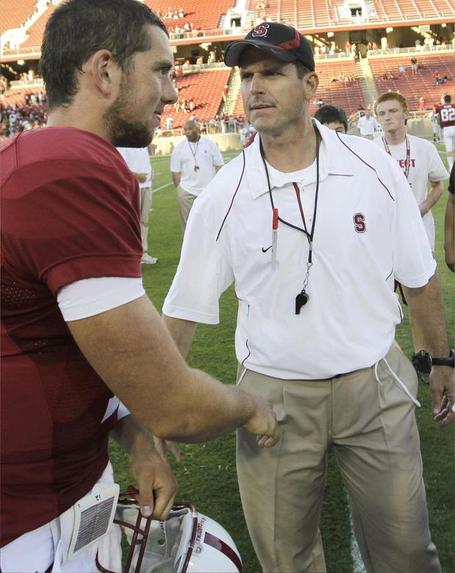 Who would you pick? There are pros to each individual; one can bear children, the other can land you an NFL coaching gig. Hard to say what's more respected in these troubling times.