After months of searching and hundreds of qualified applicants applying the San Francisco Giants finally came up with the winner of their World Championship Baby contest; little Brooklyn Olivia Byrd of Folsom, California. Mother Jennifer Byrd was just eight minutes beyond the target time of 7:54 pm on August 1 with baby Brooklyn, beating out over 900 other babies over 10 states to claim the prize of the World Championship Baby.

Brooklyn was born at Mercy Hospital of Folsom in Folsom, California, entering the world at 7 pounds, 3 ounces and measuring 19 ½ inches long. Jennifer and her husband Robert are lifelong Giants fans, and undoubtedly have another in little Brooklyn now. The newlyweds coincidentally were married on October 23, 2010, the same day the Giants topped the Phillies in game 6 of the NLCS to take the pennant.

Brooklyn will have an engraved brick paver at AT&T Park to forever memorialize her as the World Championship Baby for the San Francisco Giants, and will be forever linked with the team's momentous victory last fall. 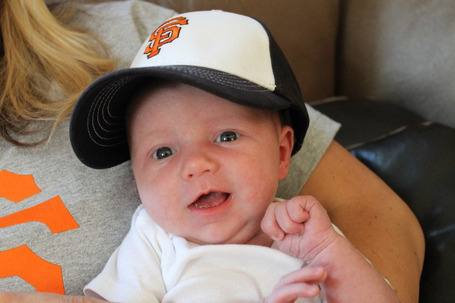 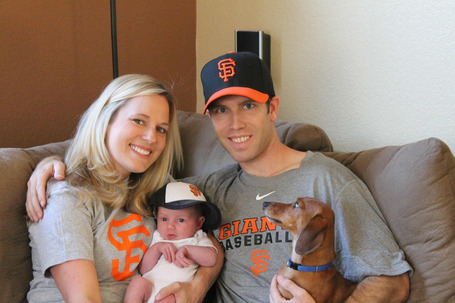