This past weekend the LAPD arrested Giovanni Ramirez in connection with the Opening Day assault on Bryan Stow in the Dodger Stadium parking lot. On Wednesday, Ramirez was placed into a police lineup, and while the LAPD would not confirm a positive ID, they did say they were "satisfied" with the results of the lineup. I'd imagine that means he was ID'd by at least one witness, but we'll have to wait and see when more specific details are revealed.

In the meantime, someone has leaked out a previous mug shot of Ramirez. I mentioned it earlier today but didn't post the picture due to potential legal issues. However, as a mug shot it is something we can post to the public. If you look below, the first picture is the previous mug shot (no date given for it) and the second picture is the wanted sign that went out with sketches of the two suspects.

In assessing the sketch of suspect one, there seems to be a significant resemblance to the mug shot. There is less facial hair in the mug shot, but what's still there only adds to it, in my opinion. As far as I know we won't see the mug shot during any trial, but the sketch would potentially be introduced as evidence. Ramirez's attorney claims it is a case of mistaken identity. The American justice system has a standard of innocent until proven guilty. It's entirely possible Ramirez is not one of the people involved in this assault. Personally I think the resemblance is quite strong, but you never know what a trial would reveal. 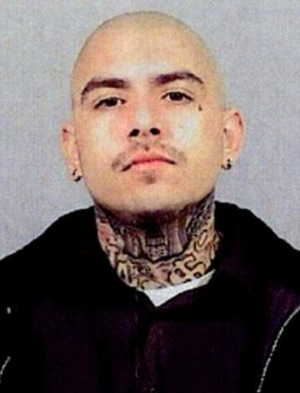 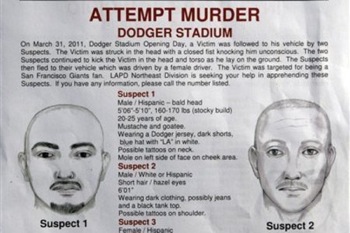