Share All sharing options for: Chris Culliver Is Going To Have An Awesome Night And He Doesn't Care Who Knows It

San Francisco 49ers cornerback Chris Culliver is already enjoying his offseason, it seems. On Friday night, Culliver took to his Twitter feed in anticipation of heading out for the night. He was cagey and vague in his tweets, like a mischievous pixie. We combed through his Twitter feed searching for clues and it's possible we may have pieced together the answer to this riddle.

First up, Culliver tweeted a picture of what he claimed was his "pocket money for the night." 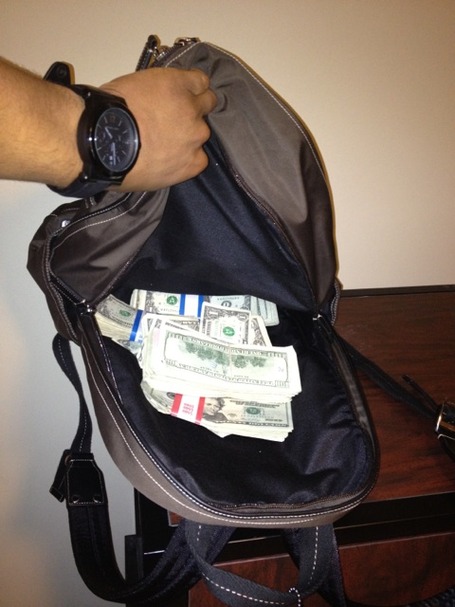 Then, he shared a photo of himself spruced up and ready to hit the town. 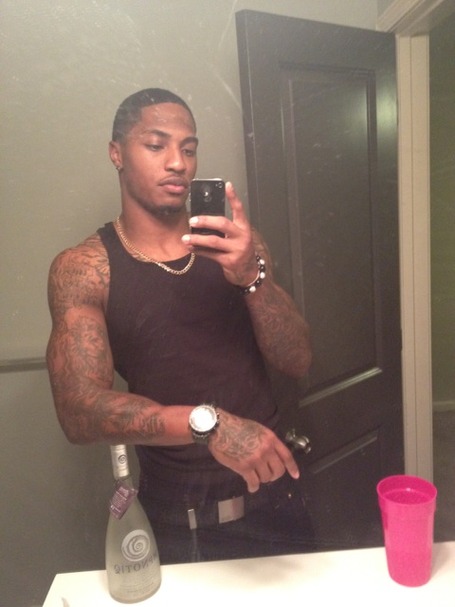 It was nice to know that he had a bottle of Hypnotiq all primed and ready to go, complete with a gigantic pink plastic cup to guzzle it out of. I believe that is the very definition of "like a boss," as the kids say.

All of these hints seemed to point in a specific direction, with one of his Twitter followers finally suggesting that perhaps Culliver was planning on taking in a show at the local gentlemen's establishment. Culliver responded in the affirmative.

STRIP CLUB. He followed up with this tweet shortly thereafter, indicating that he had high hopes for the evening.

No further missives followed for the remainder of Friday night, perhaps due to a lack of cellular reception at his eventual destination. I hope that Culliver did indeed have a lovely time, although I hope it was more in the vein of "Knocked Up"-style frivolity, rather than "Very Bad Things."

For all news and information regarding Chris Culliver and the San Francisco 49ers, please visit Niners Nation.