Share All sharing options for: Monday Night Football:The Night The Lights Went Out In Candlestick [PHOTO]

The Week 15 Monday Night Football matchup between the Pittsburgh Steelers and the hometown San Francisco 49ers was plagued by power outages that led to significant delays in play of the game. Candlestick Park officials and technicians were scrambling everywhere to rectify the problems, according to the MNF announce team. An official press release by the 49ers following the game stated that the outages were believed to have been caused by offsite transformer problems.

The press release went on to state that the 49ers will work in conjunction with PG&E, the City of San Francisco, the Mayor's Office, the Fire Department and Recreation and Park Department to figure out exactly what went wrong and take all necessary precautions against a similar event occurring in the future.

During the second power outage, it was announced that if the game would have to be postponed for any reason, they would have finished it the following day, at the Oakland Coliseum, if necessary.

During the outages, some players danced around like kids at a sleepover, while others looked inconsolably forlorn. It was a very interesting situation, as these pictures illustrate: 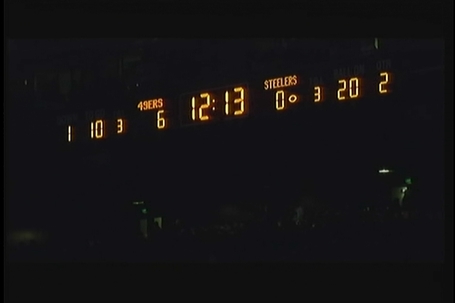 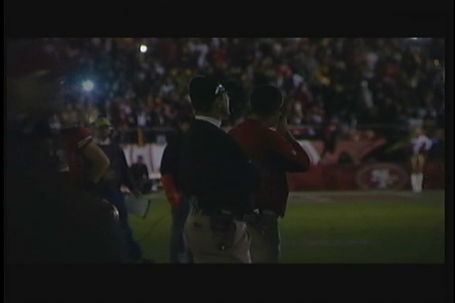 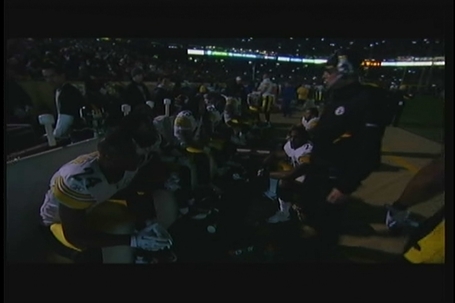 For all news and information regarding the San Francisco 49ers, please visit Niners Nation.