Jim Harbaugh is about to be announced as the head coach of the San Francisco 49ers over at the swanky Palace Hotel, and you can watch it here online!

All the bells and whistles have been pulled out to make Harbaugh feel like the next big thing by 49ers management, and they're clearly pulling out all the stops to make their new leader on the football gridiron as the big thing in the Bay Area. We've already shown you visual evidence of Harbaugh signing his contract, and they've really rolled out the red carpet for their new man. Mindi Bach of CSN sent this photo to us. 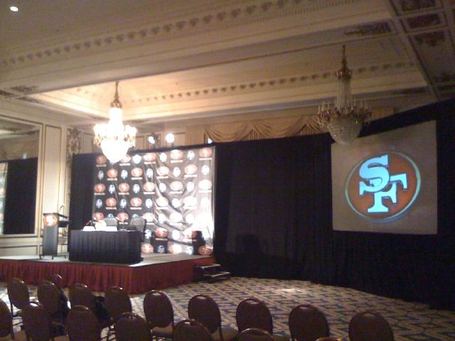 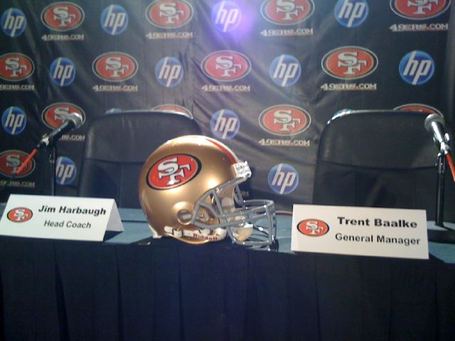 Finally, you can watch the press conference on CSN Bay Area, and also online. Check it out here!

(HT to Niners Nation for the video link)