It turns out the 49ers have a famous fan who had gone unnoticed (for her fandom, not her hotness). Supermodel Marissa Miller is apparently a huge 49ers fan and is in London this week helping to promote Sunday's 49ers-Broncos matchup at Wembley Stadium.

My grandpa used to take training camps with the 49ers and Raiders, and my dad took me to the games.

Some of my most vivid memories were when the Niners won the Super Bowl in 1989, I was taken to a restaurant and it was the first time that I'd seen a room full of fans partying in their Niners shirts.

There was so much energy in the room, with so many adults acting like kids. I loved that community spirit and I grew up watching legendary players like Jerry Rice, Joe Montana and Steve Young.

'My dad and I were always throwing a ball around. I genuinely love football and modelling, so to have the chance of working in an environment where these two worlds of collide is a pretty awesome opportunity.'

If you weren't a fan of Miller before, this seems as good a reason as any to be one now! 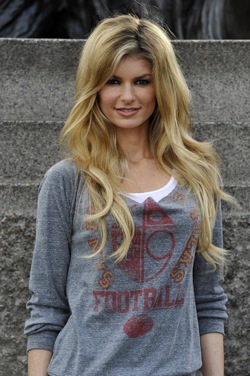 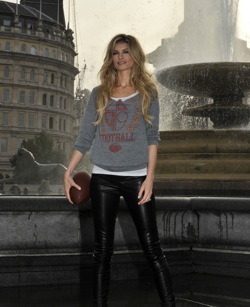 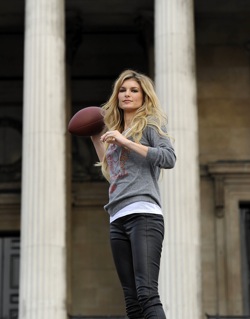