The Oakland Raiders were victorious on Sunday over the hometown Minnesota Vikings, but they finished the game without wide receiver Darrius Heyward-Bey, who was stretchered off the field in the second half after taking a bit hit from Cedric Griffin.

Early indicators were positive, as Heyward-Bey was expected to fly home with the team. According to a tweet sent out by teammate Louis Murphy Jr., that's exactly what happened. 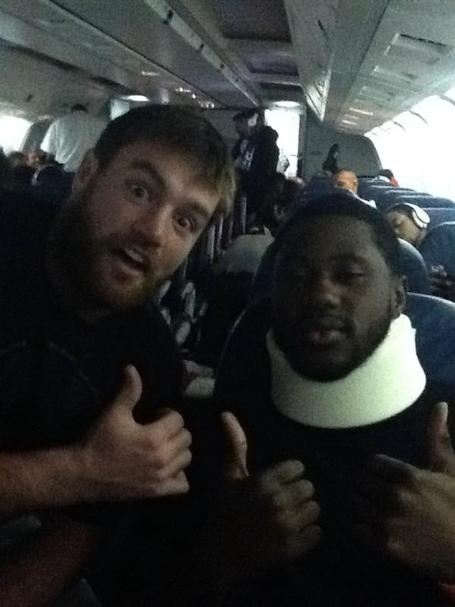 According to Murphy, Heyward-Bey asked him to send the photo out so Raiders fans could see he is doing well. Although he is in a neck brace, his flying home with the team is a wonderful indicator that things are not terribly serious regarding his injury at this time. More will be known in the coming week, but it is good news that he appears to be feeling well enough at the moment.

For all Oakland Raiders news and information, you can always visit Silver and Black Pride.