The Oakland Raiders have put together a sticker that will be worn on the player's helmets during Sunday's game against the Houston Texans. The sticker is a black shield with AL in silver lettering and can be viewed after the jump. There is also expected to be some kind of pre-game ceremony to honor Al Davis, although the details have not yet been released. The NFL announced plans for a moment of silence prior to all games across the league on Sunday.

NFL.com has another piece up with some comments from current players like Jason Campbell and former players like Willie Brown discussing the impact of the loss. It is an interesting dynamic between long-time Raiders and more recent additions to the franchise. There is a sense of loyalty for most, but it is much more pervasive amongst players that have spent more time around Davis, even among the current players. 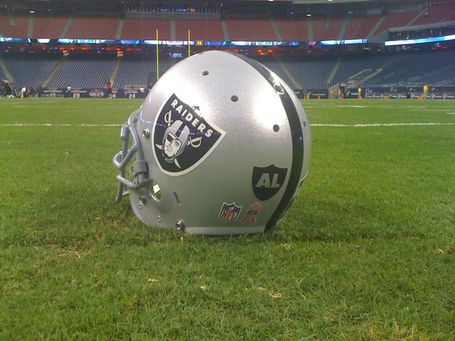