Al Davis is 81 years old, and he looks even older than that. It was made even more clear at the press conference introducing new Oakland Raiders head coach Hue Jackson, when he came out looking like he'd participated in a knife fight. His age is showing, his skin looks like it's about to peel off his body, he has a band-aid on top of his head, his right hand looks like a malformed claw, and it sort of looks like Raiders management pulled him out of a crypt to get him to talk and rant about the NFL.

Still, despite all that, it's hard not to take a look at his appearance and think that he might be ready to take on another active role... 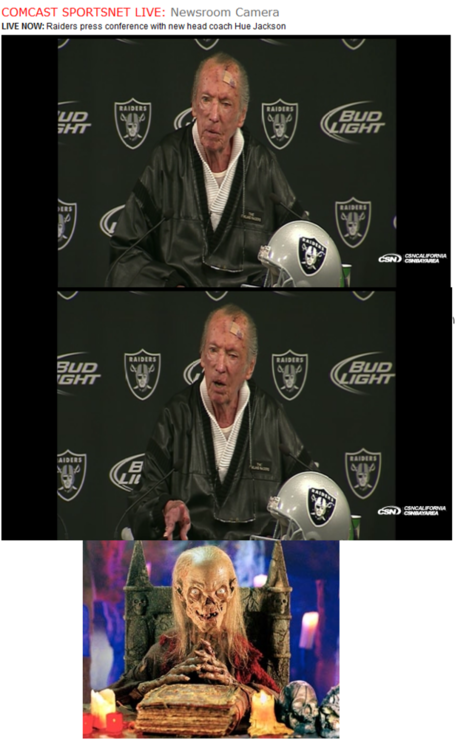