A year ago today, Oakland Athletics pitcher Dallas Braden threw the 19th perfect game in Major League Baseball history. Braden struck out six batters as the Oakland A's defeated the Tampa Bay Rays 4-0. The game was all the more significant because it took place on Mother's Day. Braden's mother passed away from cancer while he was in high school, which made this perfect game all the more special. Braden lived with his maternal grandmother, Peggy Lindsey, after his mom's passing and she was on hand for the perfect game.

The Oakland A's pitching staff has been arguably the most dominant staff over the last two seasons. While Dallas Braden isn't the most talented pitcher or the biggest name, he has been the veteran leader of the staff even though he's only 27. Unfortunately he's dealing with shoulder problems this season and is currently getting second and third opinions on what is ailing his shoulder. The A's pitching staff has not missed a beat in his absence but his grinding nature could prove necessary during the dog days of summer as the team battles for a playoff berth. 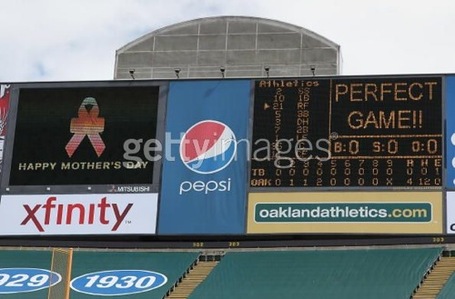 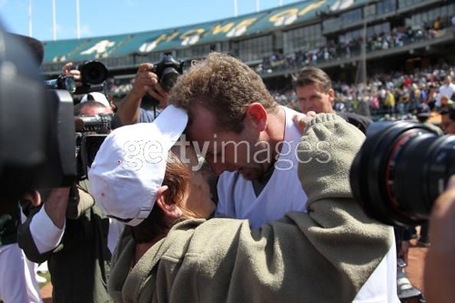