The Oakland Athletics are heading home for a four game road trip and it looks like Coco Crisp decided to make some changes to go with the return to Oakland. Thanks to John Shea of the San Francisco Chronicle we've got a fantastic picture of Coco's current hair style. One has to wonder though if letting the afro out slows him down on the base paths. When you're hustling from Point A to Point B, any thoughts as to how wind resistance might affect the speed? 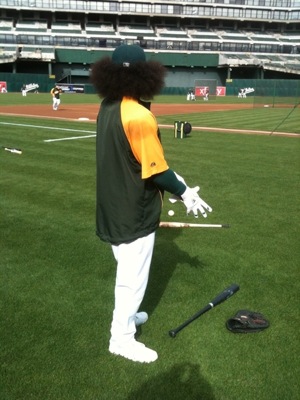 For A's fans that are also 49ers fans, this might bring back memories of the classic afro worn by Dominique Zeigler back in 2008. Coco's hair seems a bit bigger, but he's also got the cap pressing down, so that might impact it. On the other hand, Dominique Zeigler's hair is looking a lot thicker. However you view them, they're both masterpieces. I actually was starting to lose my hair so I shaved it all off, so I can only look on with envy at anybody with a full head of hair. 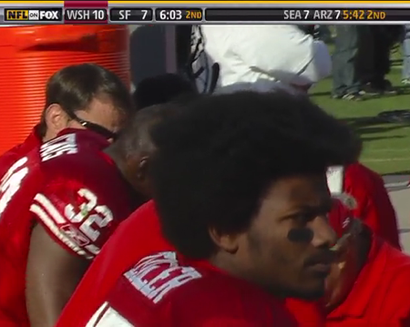