The Golden State Warriors took off for Denver earlier Wednesday for their meeting with the Nuggets at the Pepsi Center on Thursday, and apparently sparkplug Nate Robinson was bored during the flight.

Make the jump to see what kept Robinson busy during the flight.

Robinson tweeted some familiar faces to Warriors fans, but not necessarily the faces they are used to seeing. Robinson took photos of Stephen Curry and Charles Jenkins sleeping faces, tagging each tweet with the phrase 'got em coach,' making me think that head coach Mark Jackson may have had a hand in this... 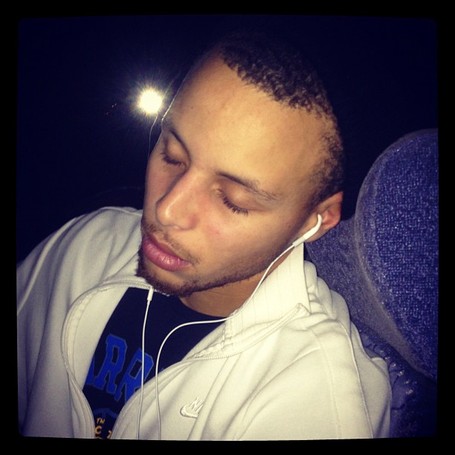 'The Baby Face' as titled by Robinson. Sums it up pretty well. 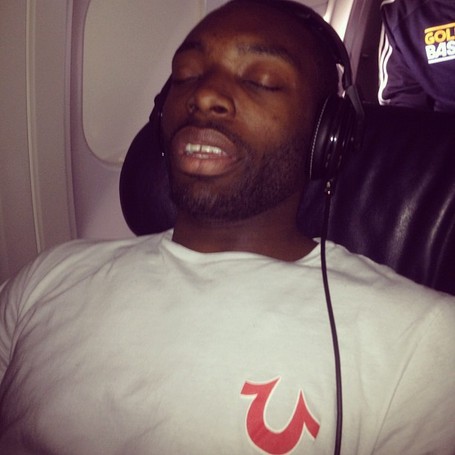 Jenkins is certainly sawing some logs right here. Nate certainly got in there pretty close to snap that one.

Hopefully these guys will be fully rested for their game tomorrow, but by the looks of it they probably will.

For more on the Warriors, head over to Golden State of Mind.