In the San Francisco Bay Area, the Golden Gate Bridge and Transamerica Pyramid silhouettes instantly conjure up fuzzy feelings of a place many of us call or called home. In recent weeks, you could probably add former Golden State Warrior Chris Mullin's spikey dome to this list of iconic "designs" that define the bay area's physical and psychic landscapes.

T-shirt company, Million Dollar Ballers, pays tribute to Mullin's hall of fame career with a t-shirt featuring that timeless flat-top hair-do (or don't) he's had since the late eighties. The shirt is part of a limited edition series honoring the class of 2011, so if you're a huge hoops fan, you maybe want to cop one before it's too late. Personally, I think you should pass. 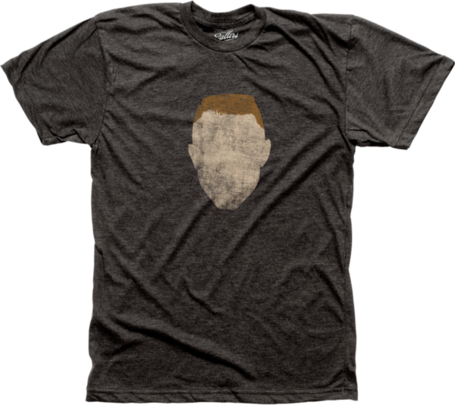 I hate to be super judgmental given that I have no artistic skills or technical skills to make a t-shirt, but $35.00 for a generic outline of Mullin's head seems a huge price to pay! Second of all, we're in the age of the "Billionaire Boys Club," so isn't "million" a bit "120 pound skinny" (as my man Eric Rukis would say) nowadays? Unless the point of calling it "Million Dollar Baller" is an indirect tribute to an earlier time where monstrous paychecks topped out at $1 million dollars, there's nothing really luxurious (or "baller") about this shirt.