With the little movement on both side of the bargaining table, more and more NBA players are looking for work in China. Perhaps Dorell Wright of the Golden State Warriors didn't get the memo that players were looking to play hoops professionally in China. From some recent images of him in China, looks like Wright is training to be a Kung-Fu master than a master of hoops. What gives? Is the pay for kung-fu much more lucrative than hoops? Is he considering a career in professional fighting? 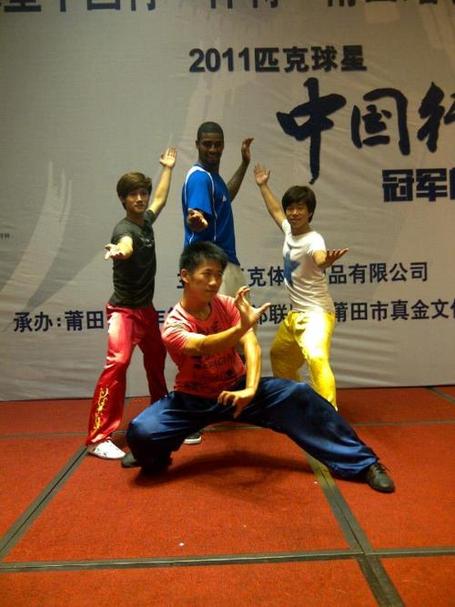 Just kidding everyone. If you have been following Dorell Wright's silly and funny Twitter feeds, you know that he's in China working on promoting his signature shoe made by Peak, a Chinese brand. However, Wright has mentioned that if the opportunity arises, he might try to play in China. In the meantime, sounds like he's enjoying doing the tourism thing while endorsing Peak. Thoughts on his new shoe? 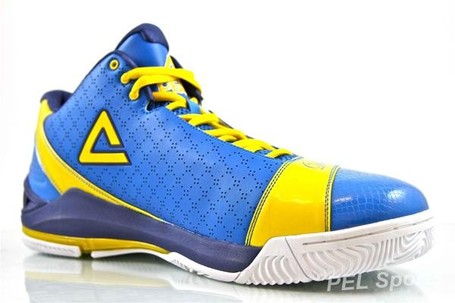