The 2011 NBA lockout are keeping players off the courts, but that isn't keeping shoe companies from promoting their NBA-related products. AND1 shoe company has recently released the 2011-12 Monta Ellis signature shoe, the ME8 Empire Mid, and they released it in a several different colorways already.

Releasing colorways all at once has become one of Nike's signature moves to capitalize on existing popular shoes like Jordan brand and Lebron James line (pre-decision). But it seems a bit odd for AND1 to do that given that they're popularity waned in the early 2000s. Does AND1 believe Monta Ellis' 2011-2012 Empire Mid's are instant classics? Do you think they're instant classics? I have my own theory. 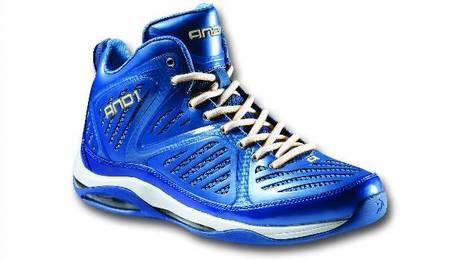 AND 1 has released colorways before of Monta Ellis' signature shoe, such as the dedication to Martin Luther King (I think more shoe companies should do colorways dedicated to celebrities like that, see Bruce Lee's). Solecollector.com reports that AND1 already has 6 colorways coming with one of them coming in a low top. This many colorways for a player that is known for exciting highlights and also for being an inefficient player? Honestly, do people really go out and spend money on ME8's versus Kobe's, Jordans, etc?

Sounds like AND 1 hasn't thought this through as far as economic efficiency. Or have they?

Pre-lockout, Monta Ellis has been linked to many trade rumors this off-season and some of the Warriors haven't necessarily been shy about admitting that he is an asset. Perhaps AND 1 is bracing for the possibility that Ellis will be traded sometime soon and that his signature Blues with the yellow detailing, Golden State Warriors colors, may not be relevant anymore.

There is a black and yellow colorway, which are sometimes Los Angeles Lakers colors. Perhaps in case Monta Ellis is traded to the Lakers?

Would you cop these shoes?