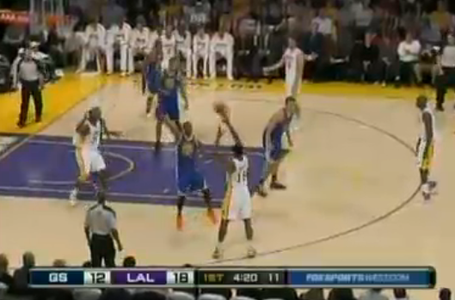 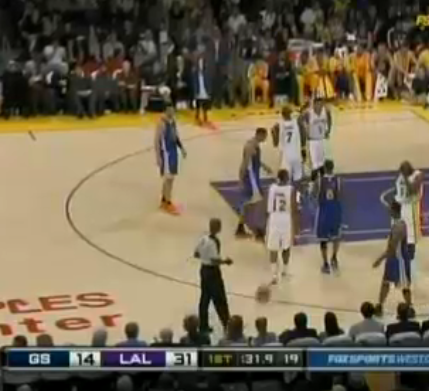 Marcus Thompson of Inside Bay Area explains what Wright and Radmanovic have in mind with this get-up.

In case you're wondering, the orange shoes the Warrriors are wearing are a Halloween thing

So no, apparently they're not paying ode to the San Francisco Giants World Series run. No Bay Area solidarity from the Warriors here.

Nevertheless, whey're doing with those Nike Hyperfuses could draw a fine from the NBA, since all of the team players are supposed to wear the same colored shoes. If that does happen, at least they're giving up their money in the name of style.

Wright is coming off a 24 point night against the Clippers, but tonight has started only 1 for 5 with two points. He's kept Ron Artest scoreless, but the Warriors still trail by double digits to the Lakers heading into the second quarter.  Radmanovic is faring worse. He's 0 for 4, and the two have combined for more turnovers (two) than field goals (one).