Shareef Abdur-Rahim was one of those classic one-and-done kids, someone who seemed destined to hit the NBA as soon as he possibly could. After a spectacular freshman season that saw him win Pac-12 Player of the Year honors, it seemed inevitable that the forward would explore his options outside of returning to Cal for another season.

Abdur-Rahim didn't have an easy time deciding whether to leave or not following a successful debut his freshman season. As this Sacramento Bee article touches on, Abdur-Rahim changed his mind twice on his decision, flip-flopping between staying or going.

Abdur-Rahim finally decided to turn pro, and was drafted third overall in the 1996 NBA Draft (a draft that included Allen Iverson, Kobe Bryant, and Steve Nash). Abdur-Rahim enjoyed a successful and healthy pro career that ended

He didn't forget what he still had to do back in Berkeley. 16 years later, he completed what he still left unfinished with Cal: His degree. Which he earned today. 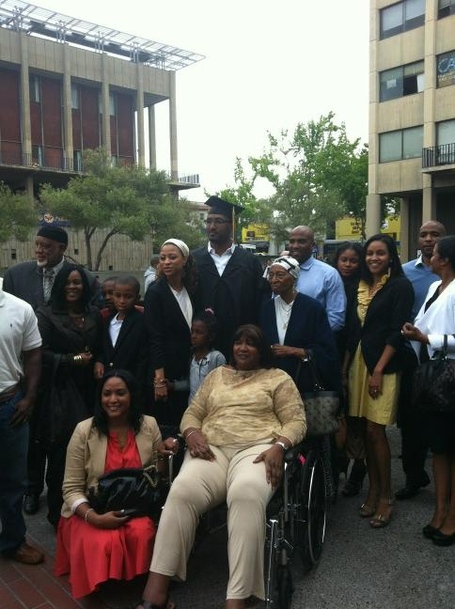