Why Allen Crabbe Is The Pac-10 Newcomer Of The Year

The freshman from Price High School performed at a high level to aid Cal basketball to a fourth place finish.

Share All sharing options for: Why Allen Crabbe Is The Pac-10 Newcomer Of The Year

Deep down, I had a special feeling about Allen Crabbe. I couldn't put my finger on it, because all I was hearing was press clippings and abbreviated mixtapes to assemble this puzzle of a basketball player, but I just felt like Crabbe would do big things for the California Golden Bears once he got here. He could shoot, he was athletic, he was academic, he was well-spoken...everything seemed to fit for him to be a great player for Cal head coach Mike Montgomery.

It took some time for fans to see it. But once he showed it, he validated that feeling in a big way. And as should be validated by the voters this week, he was the Pac-10 Freshman of the Year by a wide margin.

Let's take a look at how he got here. 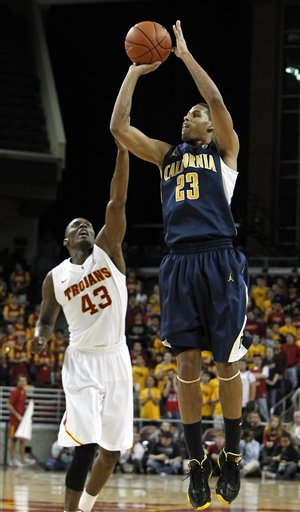 When Crabbe first stepped onto the Haas Pavilion hardwood, he and fellow freshman Gary Franklin were expected to shoulder the load for departing senior scorers like Jerome Randle, Patrick Christopher and Theo Robertson. Yet Crabbe seemed to have trouble with his confidence early on, as he seemed to hit the freshman wall a lot earlier than the fearless Franklin did.

in contrast to the confident and trigger-happy Franklin, who seemed to have no trouble shooting from anywhere and everywhere (to the tune of a disastrous effective field goal percentage of 39.8%), Crabbe seemed to pass up on most of his looks--in only two of his first thirteen games did he take more than ten shots, despite being a much more efficient shooter than his freshman counterpart. It seemed to be a more thoughtful approach to the game, to not want to make mistakes and screw up the offense when he probably should have been more aggressive and asserting himself further.

Then Franklin abruptly transferred to Baylor. Suddenly, a huge burden was placed on Crabbe's shoulders. He didn't have a choice anymore. He was going to play, and he was going to have to score. 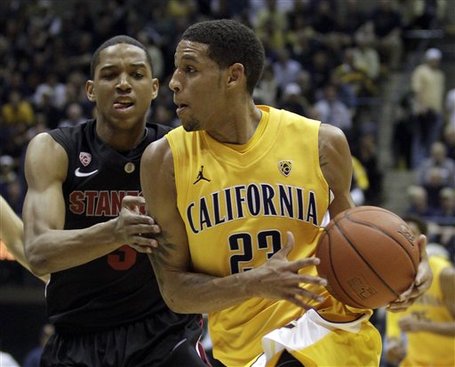 He had a pair of 17 point games in a crucial road split in Arizona. He nearly led Cal all the way back to an improbable comeback win over UCLA in Pauley, helping erase a double-digit lead in a few minutes and tying the game with his dagger three with only seconds remaining. He logged a ridiculous 54 minutes in the Cal-Arizona triple overtime classic, keeping the Bears in it with an array of shots (floaters, pull-ups and spot-ups) and logging 27 points long after Jorge Gutierrez and Markhuri Sanders-Frison fouled out. He finished the season on a tear, nailing 11 of 18 three pointers in his final three games and nailing 72% of his shots from the field in his final two games. I haven't even mentioned his excellent rebounding.

(And while Cal didn't miss Franklin at all, they sure missed Crabbe when he went down with a concussion when Aziz N'Diaye forgot how to use his limbs. If not for those two losses, the Bears might be riding a five game winning streak into the Pac-10 tournament and we'd be talking more earnestly about bubbles.)

Perhaps his best game came in a big home win over the Washington St. Cougars, the first home game back since Franklin's transfer. Crabble and the rest of the Bears had trouble guarding the potent Klay Thompson straight up, but Thompson and the Cougars couldn't stop Crabbe either, as he piled up 30 points on only 15 shots from the field in an 88-81 victory. From that point on, Crabbe has looked assured and fearless in the offense, and the Bears have only gotten better as a group. 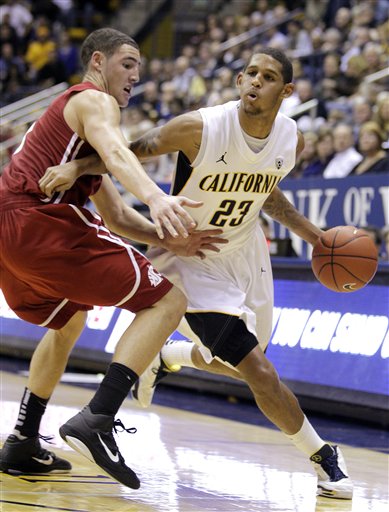 You could make a case that Crabbe wasn't just Freshman of the Year, but that he was also one of the top 10 performers in the conference. The stats back this up, as Crabbe finished with great numbers in these categories:

Crabbe looks like a guy who could challenge for All Pac-10 honors in a year's time. And that's the best part of being a newcomer. He still has so far to go, and we get to watch him grow up close and personal. 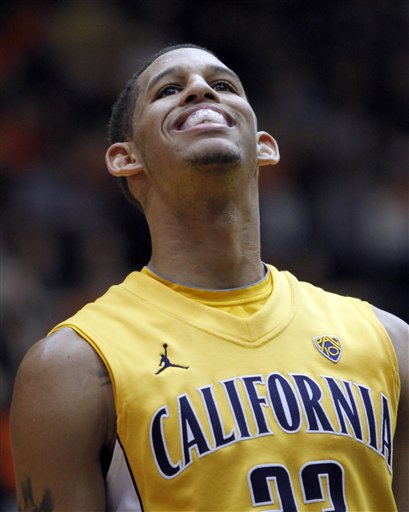 I'm just happy he is who I thought he was.