So, the Oregon Ducks will be debuting their Fighting Ducks uniforms against the California Golden Bears. Not the greatest thing in the world. But as always, it's something new for the Fighting Phil Knight, and there will definitely be people talking about what they're wearing all week long.

According to the California Golden Blogs, Cal is planning a crucial counterattack on the uniform front. Check out what look they're going to show off after the jump! 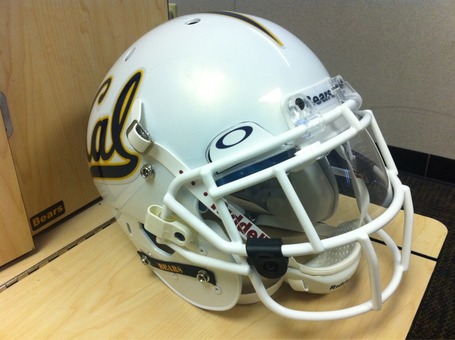 White helmets could possibly be on display on Thursday night! Will Cal go all-white with their uniforms too, something that Oregon has done, something that Cal's arch-rival the Stanford Cardinal does all the time?

Cal has never donned the stormtrooper look for a football game, so this would definitely be a first. It might be hard for fans of the blue and gold to swallow at first, but this is apparently only a one-time thing, so you won't have to deal with it more than once.