Thomas DeCoud of the Atlanta Falcons never played with Aaron Rodgers on the California Golden Bears in college, but like DeSean Jackson of the Philadelphia Eagles did last week, he showed his respects to his fellow Cal alum after losing to the Green Bay Packers. Rodgers had one of the greatest performances in postseason history against the Atlanta Falcons, picking apart their pass defense play after play, on his way to a 48-21 victory to move onto the NFC Championship Game. it seemed fitting that the young upstart free safety paid his dues to a man who had picked apart his team.

However, what was probably more of note wasn't DeCoud conversing with Rodgers after the game, but what was on the side of DeCoud's head when he was doing it. Was that a buffalo? A pig? What was that? 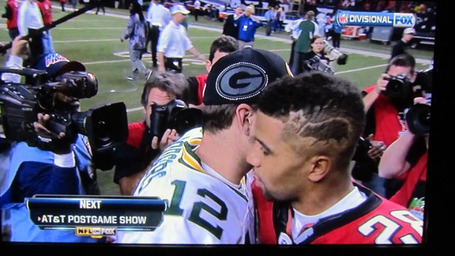 Any true Cal fan will know what it was. 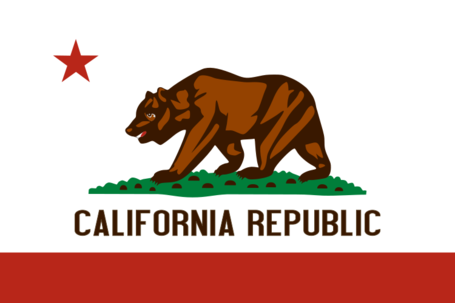 It's a pretty big tribute to his home state, and by proxy his alma mater (the flagship university of that state, and the mascot of said university).

Just make the legs a little bit bigger next time Thomas, so everyone knows it's a Golden Bear.