In the wild world of recruiting that we live in today, it's all about the number of "stars" listed to a player's name. Are they a five-star point guard or a three-star linebacker? What's their national and position ranking?

Missy Franklin, who won four gold medals in London last month, is visiting UC-Berkeley this weekend and has them in her final list of potential colleges. Every school in the country wants a commitment from the 17-year-old swimming phenom, and it appears the Bears are in good shape to land her.

Franklin posted a picture while she checked out the facilities and campus on Friday.

The picture was originally tweeted by Leah Smith, who is also a very promising swimming prospect. 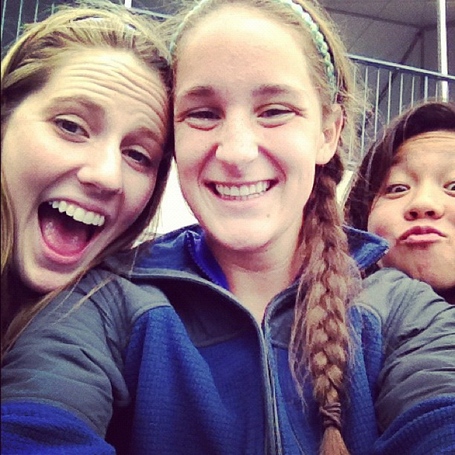 The Bears have had a lot of recent success with Olympians in their swimming & diving program. Natalie Coughlin, Dana Vollmer and Caitlin Leverenz are all alums; will Franklin be the latest world-class swimmer to join the program? She will make her decision in the coming months.

For more on the Bears, check out California Golden Blogs.