Share All sharing options for: Oakland A's To Wear Throwbacks On July 8th

On July 8, the A's will be throwing back to the Oakland Oaks of the PCL, when hosting the Seattle Mariners. I'm assuming, although I haven't found confirmation, the Mariners will be wearing throwbacks as well.

In case you haven't brushed up on your baseball history, the Oakland Oaks were charter members of the Pacific Coast League, joining the Los Angeles Angels, Portland Beavers, Sacramento Solons, San Francisco Seals, and and Seattle Indians to form the premiere baseball league on the west coast in 1903. The Oaks played in the PCL for over five decades, until 1955, when they were sold to officials in Vancouver, British Columbia, where they moved and were renamed as the Vancouver Mounties. Check out a photo of the throwbacks after the jump. 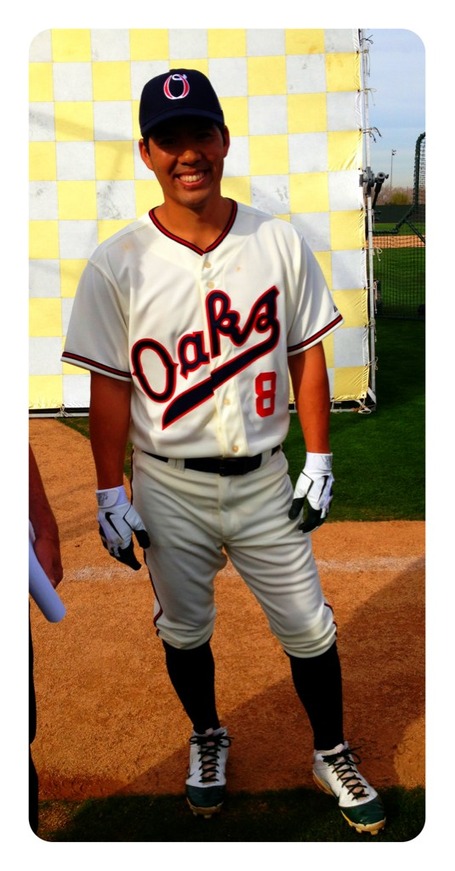 For all news and information regarding the Oakland A's, please visit Athletics Nation.