Wednesday at the AT&T Pebble Beach National Pro-Am is the 3M Celebrity Challenge, pitting twosomes of celebs against one another for an $80,000 grand prize for charity. And after some grueling competition, it came down to a one hole chip-off to decide the ultimate winner, with actor Lucas Black chipping in on the 18th hole to secure the victory for himself and his teammate Chris Berman.

Here are some photos via the tournament's twitter page of some of the action that took place out there today:

Here's a look at Bill Murray teeing it up on the 18th. Gotta love the shorts and Caddyshack hat. "It's a Cinderella story..." 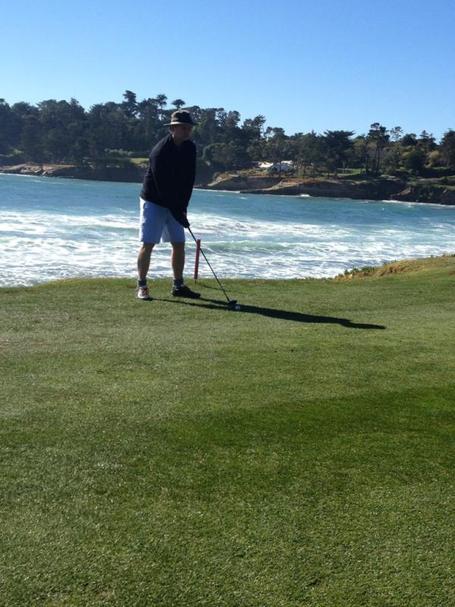 Ray Romano giving a little Tiger fist pump after sinking a putt on 17. This made the final hole worth $40,000! Not feeling the shoes though Ray: 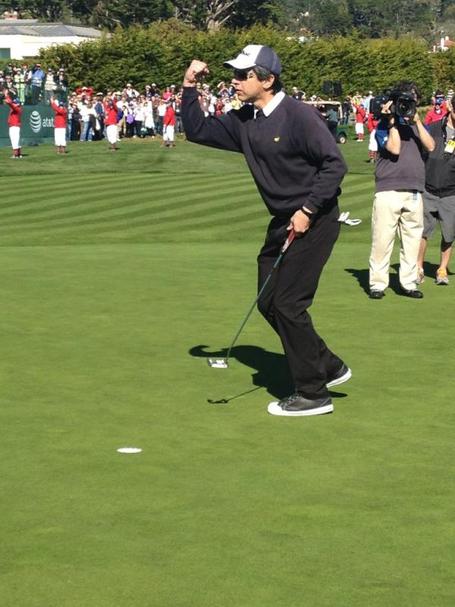 Boomer getting ready to boom one down the fairway... 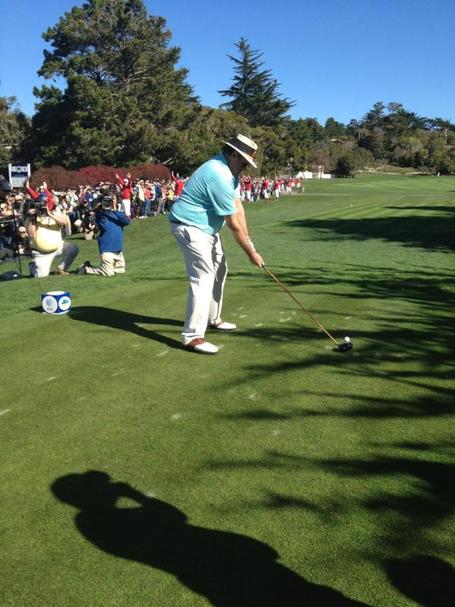 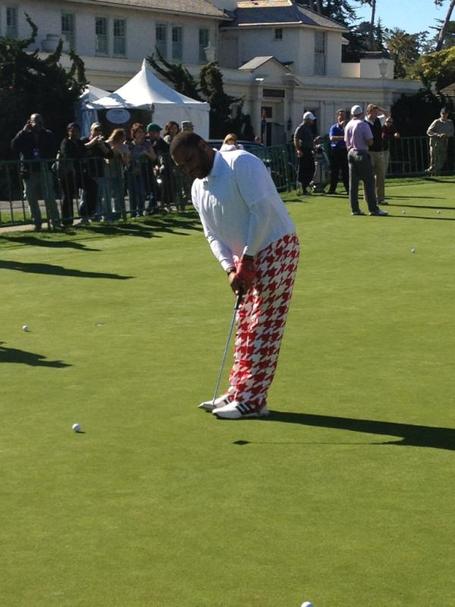 For more on the AT&T Pebble Beach National Pro-Am, head over to their official website.