Conflicting reports from the media pool there on exactly how it was done (birdie or bogie??), but 49er legend Dwight Clark sealed the deal for the Niners.

Dwight Clark wins the charity shootout for the #49ers with a birdie on the 18th! Who's got it better than us? twitter.com/49ers/status/1…

Dwight Clark makes bogey on 18 to win Golf Shoot-Out for the #49ers. Clark made two clutch putts to win 60k for charity.

The 49ers official Twitter feed had some great photos of the competition, including a nice chip by QB Alex Smith on 18 here: 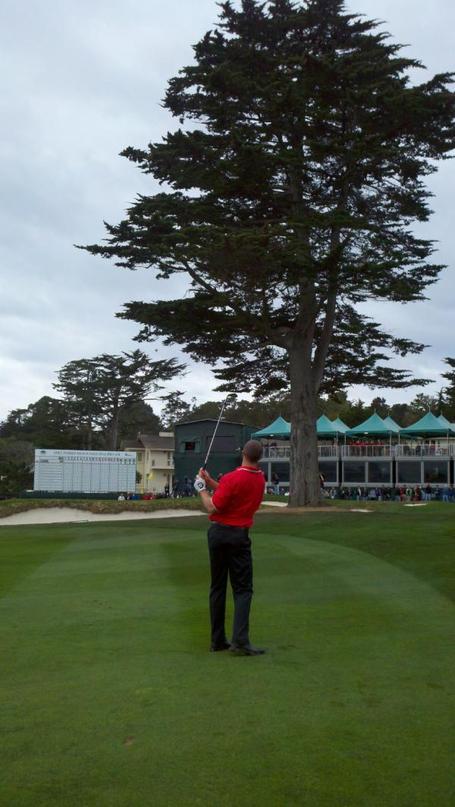 Check out @TaylorPrice49 and @49ers for more photos of the day's action.