Nnamdi Asomugha spent years toiling and toiling with the Oakland Raiders. He was great and his teams won about four to six games a year on average (and if he was lucky, that total would rise up to a solid seven).

So he finally gets his big break. He gets his big contract with a winning franchise and a winning tradition. And what greets him on the eve of his first season with the Philadelphia Eagles? 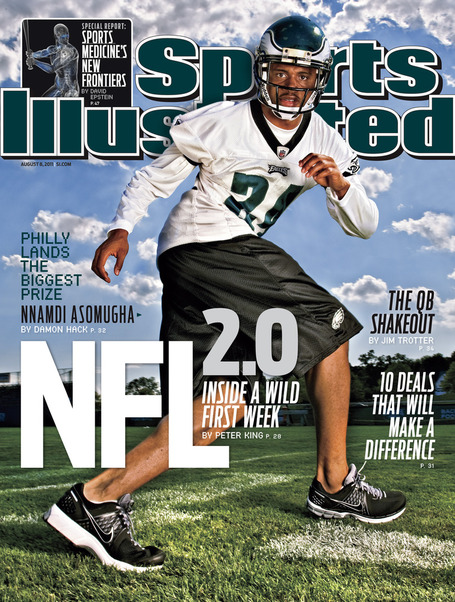 Asomugha might be great at football, he might be a great human being, but but he sure must have wronged someone in past lives. Because the SI Cover Jinx claims many, many prisoners, and it sure looks like it's ready to turn its divine wrath on him.

Yeah, Nnamdi, that career of yours was great and all, but now? It's all over man, you might as well start writing your football autobiography right now. Please let us know the direction of the coffin Al Davis sleeps in at night.