Share All sharing options for: Bay To Breakers 2011: Preliminary Winners And Costumes

While the 2011 Bay To Breakers 12K race continues on through the morning, we already have our winners across the finish line. Ridouane Harroufi finished first among all men and Lineth Chepkurui completed the three-peat as women's champion once again. Harroufi finished in 34:26 and Chepkurui finished with a time of 39:12. That means both were finished before most runners had even crossed the starting line.

Thanks to the power of Twitter, we've got a host of fantastic pictures we can share with you from race-day. It shouldn't be at all surprising that we've got a Charlie Sheen sign spotted in the crowd. 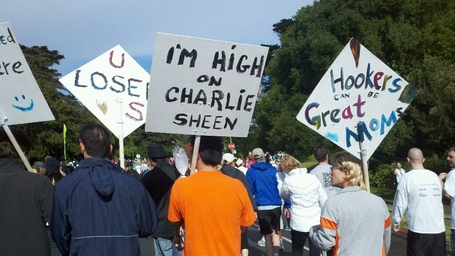 When I've run the race in the past I don't recall seeing penguins but I'd imagine they have to be a race staple at this point. 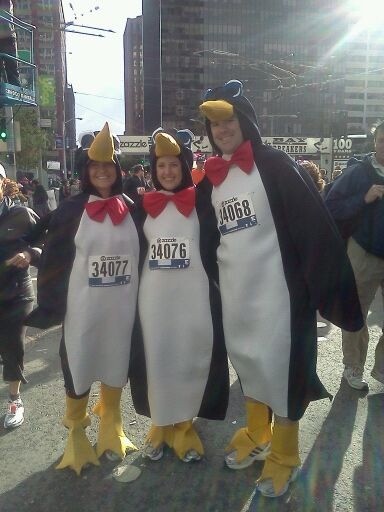 And naturally we had to have a couple folks dressed up in the truly god-awful hats worn by the Fergie's daughters. 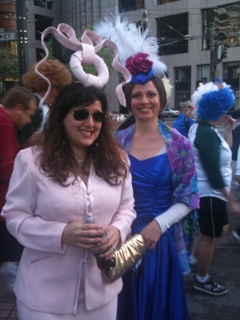 We'll be back later in the day and into the coming week with more pictures from the madness that was Bay To Breakers. It's always a classic event so we'll do our best to get as many pictures as possible. And we'll even try to post more results for folks looking to see where they finished among the 55,000 registered runners....assuming you actually finished in one piece.