Share All sharing options for: Bay To Breakers 2011: A Look Back At 2010 Costume Contest Winners

One of the most entertaining aspects of the annual Bay to Breakers 12K is the variety of entertaining costumes on hand for the race. Even though this year's alcohol ban might have some impact on the crazier costumes, there should still be plenty of interest to generate some quality costumes. One of the incentives to costume up is the annual costume contest held near the Conservatory of Flowers in Golden Gate Park. The contest is co-sponsored by Yelp, and they provided some quality winners this last year.

As we wait for the start of Sunday's 2011 Zazzle Bay To Breakers, I thought we could take a look back at some of the fantastic costumes on display in years past. Yelp rolled out a list of winners from last year's costume contest. They gave out awards for Most Creative, Best Group, Best California Theme, Best Current Event Theme, and Best Green Theme.

We'll hopefully have some quality pictures to post after this year's race and costume contest. In the meantime, here are some costumes from previous Bay to Breakers races. I could try explaining some of these pictures, but it would probably just give me a headache. My favorite of these is probably the pink gorilla mixed in with the serious runners. 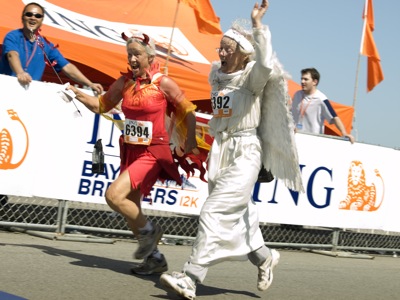 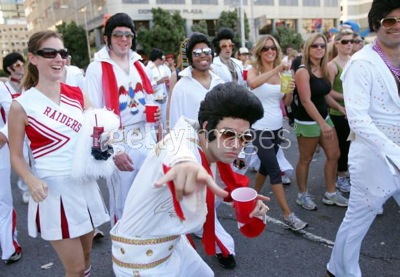 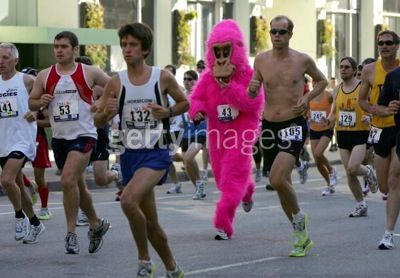 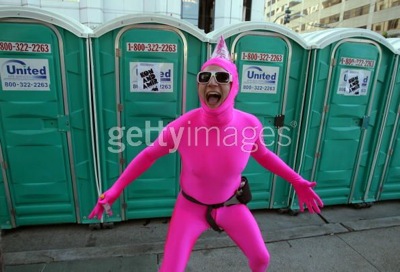 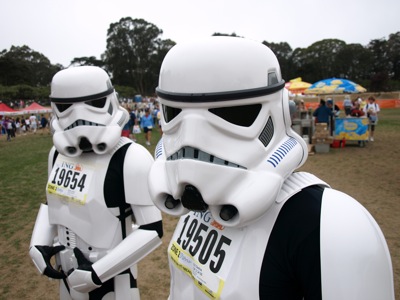 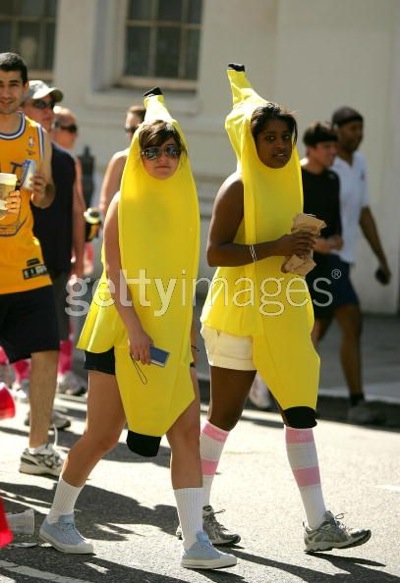