We begin this weekly thread with a recap of all the best headline from the past week and continue by updating it with the latest in news, rumors, and other juicy tidbits that us fans want to know about the Warriors. This week we recap some of the internal drama in spite of the 4-game winning streak (which has since been snapped).

The Golden State Warriors finished 2-2 last week but their record was hardly the most important thing worth discussing. For a team seemingly suspended in balance between talent and utterly mediocre, the Warriors continue to be a buzz-worthy team, but not-necessarily-for-the-right-reasons (click each word for more intensifying, mind-numbing drama). If I had to describe the Warriors, I would call them NeNe of the Real House Wives of Atlanta for the way they instigate unnecessary drama. 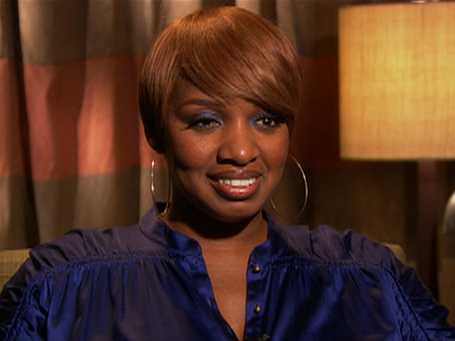 This is the face of the Warriors franchise or the new mascot at the very least (via www.accesshollywood.com)

That is, their relevancy has never been for wins but for what kind of drama they can stir up among players or players and their coaching staff or players and upper management. With the cheer at a surprising all-time high, punctuated by a 4-game winning streak against some the leagues worst (and for some time, like the Warriors), Joe Lacob dropped what seemed was to the effect of a nuclear bomb on Warriors-land by suggesting that anyone could get traded, even Stephen Curry. Of course, Lacob added that this was Monta Ellis' team, which seems to intensify what already is a tense public relationship on the court.  Curry was not very pleased by it.

Perhaps it was the week of the forthright owners and maybe Lacob was taking a cue from New Jersey New majority-owner Mikhail Prokhorov, who publicly asserted and asserted alone, that he was ending the Carmelo Anthony trade talks. Prokhorov took a stand in the midst of swirling fan-hate for Melo and the public comments by Melo about the psychic effects this trade rumors were having on him. And maybe that's the same message Lacob wanted to send to his team. And while media has reported it lit a fire underneath Stephen Curry, who since then had notched two 30 point games in a row, it seemed like it the right thing to do in hindsight.

Or was it? With the coaching staff, general manager, and the president all relics of the Cohan-era past, was Lacob insinuating that this season, like last season, is just an interim year? Was he implying that he was going to blow up this team and it's management? Lacob left no stone unturned when commenting on what his dissatisfaction.

While these trade talks dominated the latter half of the week, Monta Ellis' game-saving and game-winning shots catapulted him into All-Star game talk even more so. It was Michael Jordanesque, but without the push-off. If media and NBA scouts are saying that Blake Griffin should be an absolute lock for his inspiring play among teammates and his flair for, not just just the dramatic, but the other-worldly (athleticism), then Monta Ellis should also be included. Clearly both teams are not playing their best, but both teams rely on their ‘stars' to be the middling teams on the outer edge of playoff discussion.

Check back for more updates on this weeks news, recaps, and other gossip. Also, head over to SB Nation's official Golden State Warriors Blog, Golden State of Mind, for more on the Warriors.