Samuel Lam recently posted about the Golden State Warriors jersey follies (or failures) and I couldn't agree more. But these blunders, to me, seem not nearly as horrendous as the old logo with Thunder and those darn lightening bolts, which can now be seen on numerous Warriors paraphernalia that probably should not have been made in the first place.

While the current logo has its inherent problems, like what Lam noticed to be a "dangling weiner" hanging from the shorts waistband, a slew of clearance items show you how tacky those lightening bolts really were...or rather it makes you wonder who was given the creative license to allow for the manufacturing of such products that look more like knock offs at a flea market than officially NBA licensed gear.  Click to say goodbye once more to a by-gone era...and maybe the grass is finally greener with these new jerseys. Clearance items don't lie!

I'm signed up for the "Golden State Warriors" google alert function, which means as google scours the internet for anything and everything related to the Golden State Warriors, it will drop off random things like whatever gear is being sold.  Here are some things that have stood out in both price and god awfulness, which say much about the Warriors past and how lucky we might be in the present with these new jerseys and logos, as flawed as they are. 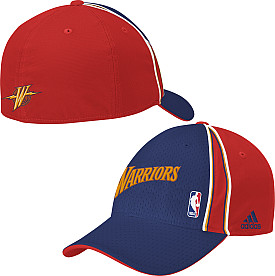 My goodness.  There is no reason that that blood orange red and midnight blue should ever be together...like that...ever.  I know taste is subjective, but this combination would just make any fan look foolish.  Plus, those are just colors that are hard to match, unless you're wearing a full-on get-up of the full uniform and then the warm-up jerseys. This fine piece of apparel can be yours for $4.97.  Originally $22. 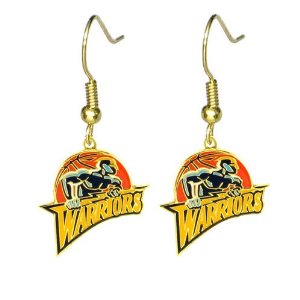 Actually, it's not entirely clear if this has been licensed by the Warriors and the NBA. Any fan's fan-dom would definitely be questioned if their taste was THIS suspect (man or woman).  These might look better if they were X-mas ornaments hanging from a tree than on someone's ear lobes.  These hot X-mas ornaments can be yours for $8.95, originally $14.99.  Save today!  Or save yourself the embarrassment by not buying them! 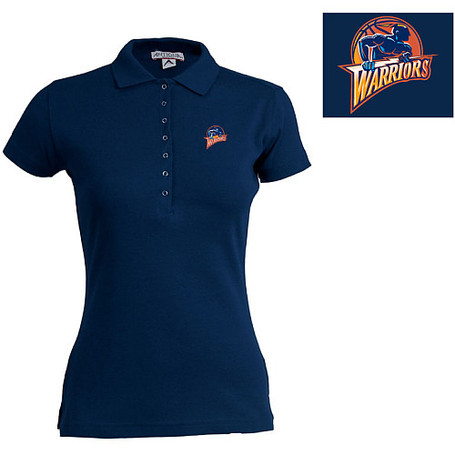 When you have to describe something as remarkable, you have to really wonder about whether it really is remarkable. The words remarkable in the same sentence (or shirt for that matter) with the old Golden State Warriors logo, is indeed laughable because honestly, who are we kidding, the only "remarkable" about the Warriors and this gear is how "remarkably" hideous it is.  This many buttons on a polo hasn't been hot since 1995 when Structure (now Express) was doing it when dressing like you were going golfing or the country club was hot (khaki colors and sweater vests with polos beneath).  I think nothing looks hotter on a lady than a jersey (not a jersey dress conversion either).  Don't waste the $29.99 (originally $44.95) on this.  This is licensed NBA gear by the way. 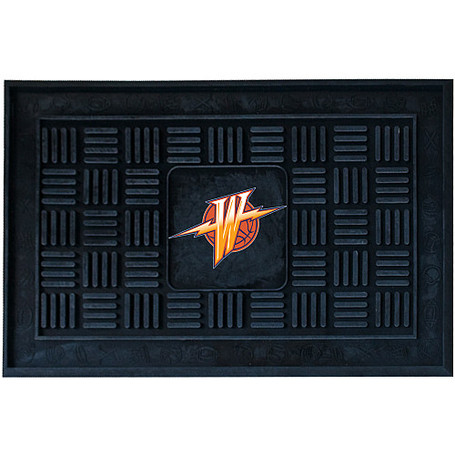 Unless someone's just trying to be ironic or funny, you can bet people will be laughing at you instead of with you.  Do you really want to welcome people to your home with the logo of one of the worst teams in the league?  Wouldn't it hurt you that your friends, family, and colleagues are indirectly insulting your favorite team by wiping their shoes all over it? And what if it was a Laker fan? That would be even more insulting.  Who ever decided that this would be a good idea obviously knew nothing about the Warriors and the metaphoric implications of it in real life.  This is not on sale for $19.99. 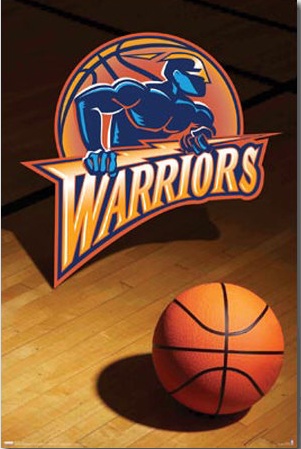 This is one weird poster.  It is being sold on allposters.com so you won't be finding this hideous thing at the team store.  But the logo in its most basic form really can't save this poster.  If you just had "The City" logo against a backdrop, I bet that thing would sell fast.  Heck, "The City" logo on a plain black shirt or sweatshirt is a best seller by the punk bootlegger on the sky bridge who refuses to give clients the right size (what is the business sense in that?).  If you really want to relieve some horrible memories, buy it here for $4.98.

This merchandise alone should be reason to tell you that this logo just looks bad on everything and anything.  Put this logo on Jessica Alba's abs and you'll probably forget that she's attractive!  So, this is to say that maybe we should appreciate the new logo and maybe they hired some better designers already given what we've seen so far.  Heck, this throw blanket for babies already looks like a hit: 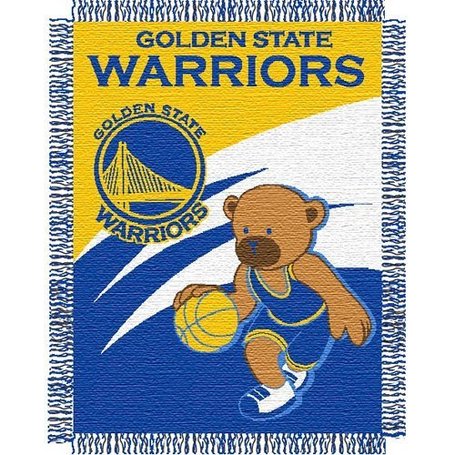